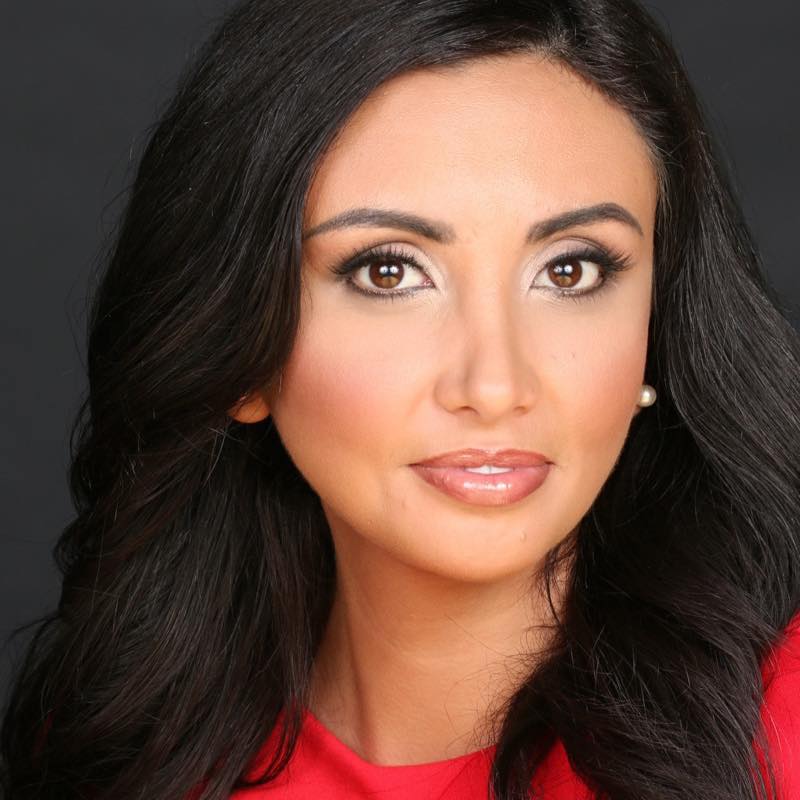 Ms. Barreto is the External Affairs Director for U.S. Senator Rand Paul (KY). In this role she represents him to various professional groups and stakeholders. She is a nationally recognized spokesperson and ambassador for America and its constituinal system of limited government and maximizing individual liberties. A legal immigrant from Colombia and now a proud citizen of the United States, Barreto has drawn staunch opposition from the Left for being a Latina willing to support and defend the Constitution of the United States, free enterprise, and the concept that America is an exceptional nation with unparalleled freedom and opportunity.

Growing up in Colombia during the turmoil of the drug wars, which deeply impacted her life at a young age. Having had the opportunity to grow up in a country that doesn’t enjoy the freedoms that so many take for granted here in the United States, she witnessed endemic corruption and violence first hand. As a result, she came to appreciate the importance of law and order even before she fully understood how precious the American Constitutional system is, and just what it means to have the honor and privilege to hold United States citizenship, a privilege that she is now proud of.

She is no stranger to the violence that results when a government can’t provide these basic protections for its citizens: she was in kindergarten when her dad was murdered. The notorious drug lord Pablo Escobar was targeting LEOs, putting bounties on their heads. By 1991, the year her dad was murdered, Escobar had put out the order to kill 447 members of the police force, just in the city of Medellin alone. Both of her aunts were murdered within months of each other. This left her mother to raise five children by herself, as well as her two cousins, whom she later adopted.. Against this backdrop she has an extra measure of appreciation for the rights and freedoms that she now enjoys as a US citizen. Whether it is the right of free speech, the right to peaceably assemble, the right to bear arms, or any other of the important constitutional protections Americans have historically enjoyed, she sees the sharp contrast between the freedom and opportunity in America and the harsh oppression that exists in so much of the world. America gives everyone opportunities to excel. United States Citizenship comes with many rights: freedom of speech, freedom of religion, the right to a fair trial, the right to vote, the right to apply for federal employment, the right to run for office, and freedom to pursue life, liberty and happiness. These rights are what makes us different from other nations, but they also bear a heavy burden of responsibility: first and foremost the responsibility to cherish those rights and preserve them for future generations.

She is a powerful advocate for American Exceptionalism. Barreto is an example of the American Success Story, building a successful life through the freedoms and opportunities afforded by legal immigrants who become citizens. Due to her participation in various conservative political campaigns (presidential campaigns for McCain, Cruz and Trump, as well as many important congressional and senatorial races), she fostered a large following on Twitter, as among a multitude of Ethnic conservatives leaders and groups.  Barreto served as the Director of Communications in California as well as a media surrogate for the 2016 GOP presidential candidate. She was also appointed to the US Department of Health and Human Services as Deputy Director of Communications and Specialty Media.

Barreto is an expert at grassroots advocacy, coalition development, messaging, public affairs, event planning and candidate campaigns. She was one of the primary reasons the GOP presidential candidate won 29% of the Latino vote in 2016 despite some of the inherent challenges. As a Communications Director for the Campaign in California and a media surrogate she was instrumental in obtaining $33.2 million in earned media value, as well as $20.3 million in online impressions through social media. Ms. Barreto has led major efforts in recruiting, training, managing and mobilizing large grassroots advocacy campaigns for a large number of conservative candidates. Barreto is an expert at growing an influential online presence, including Facebook, Twitter, and Instagram. She also has been invited to many radio and TV outlets. She has been featured on Univision, Telemundo, Voice of America, Fox News, One America News, the Guardian, Breitbart, among other leading media outlets.

Ximena resides in Washington, DC with her daughter Isabella.